Posted by Eduardo Miranda at 7:16 p.m. No comments:

Every time we say goodbye


All the world's a stage,
And all the men and women merely players:
They have their exits and their entrances;
And one man in his time plays many parts,
His acts being seven ages. At first the infant,
Mewling and puking in the nurse's arms.
And then the whining school-boy, with his satchel
And shining morning face, creeping like snail
Unwillingly to school. And then the lover,
Sighing like furnace, with a woeful ballad
Made to his mistress' eyebrow. Then a soldier,
Full of strange oaths and bearded like the pard,
Jealous in honour, sudden and quick in quarrel,
Seeking the bubble reputation
Even in the cannon's mouth. And then the justice,
In fair round belly with good capon lined,
With eyes severe and beard of formal cut,
Full of wise saws and modern instances;
And so he plays his part. The sixth age shifts
Into the lean and slipper'd pantaloon,
With spectacles on nose and pouch on side,
His youthful hose, well saved, a world too wide
For his shrunk shank; and his big manly voice,
Turning again toward childish treble, pipes
And whistles in his sound. Last scene of all,
That ends this strange eventful history,
Is second childishness and mere oblivion,
Sans teeth, sans eyes, sans taste, sans everything.
Posted by Eduardo Miranda at 10:56 p.m. No comments: 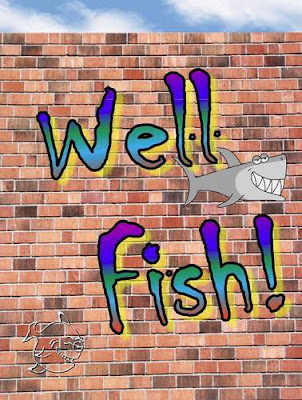 You know when you go from here to there, looking everywhere, and you can't find what you're looking for, and this just keep you looking more, and more, and more...

down in the streets, in the trash bins
among mongers and beggars
what dignity means?
it's all you care once you got there
you need more, and more, and more...
that's your wish, and you can't resist...

Wellfish!
Posted by Eduardo Miranda at 9:49 p.m. No comments: 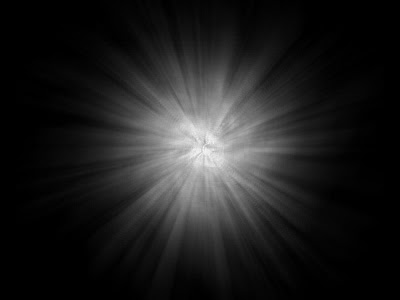 You may wake one day
In the other side of the line
Then you might ask, is this day
The day when you have died?

Only a dream, a dream
would death be only a dream?
You didn't redeem your sins
Everything was so fast
What does it really mean?
You didn't care to ask

Only a dream, a dream
is death only a dream?
Now you stand before the light
So bright, you have never seen
Have you awaken from the night?
Is there a new cycle to begin?

Only a dream, a dream
life was just a dream.
Posted by Eduardo Miranda at 9:19 p.m. No comments:

The Legend of The Ancient Druid Cemetery

and its cursed bones 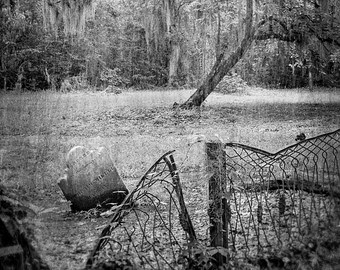 And there he goes, and there he goes,
No turn around there where he goes.
Tiptoeing slowly to make no sound,
Even tiptoeing he felt in the ground
He stepped into something hard and dull
A whitened bone head shaped, a skull.
There were human bones spread all around
Among half-dug holes and tombstones,
What he was looking for he has found:

The Ancient Druid Cemetery and its cursed bones!

Jumping the tombs he walks through the bones
Gently not to break any nor the dead to disturb,
He carries a bag, I might have forgotten to say
Which makes his hard task even harder,
A corpse of a beloved one who passed away
Whom he aims to bring back from outer border
The corpse he carries, Eleonor is her name
Engaged they were, and about to get married,
All that he feels is sadness and regret
Eleonor he wants returned from the death,
And for that to happen he needs to bury
To bury Eleonor under the grounds and stones

of The Ancient Druid Cemetery and its cursed bones!

The tragic event that came to happen that night
When Jack had been drinking just a bit off his mark
He got home but she couldn't shut up, the bride,
So Jack had to hit her, but maybe he did too hard,
So he hit her again, to make sure she got it right:
“I'm sorry babe, as you, I also feel the pain,
But who's the boss, to myself I have to prove”
And he hit her again, till she could not move.
Now that she's gone he wants her back and well,
And the only way to do it, is to follow an old spell
About an ancient Druid cemetery, which says if you bury
A deceased beloved on the grounds of this cemetery
On the third day of the passing, no matter how depth
The tomb, they would return back from the death

from The Ancient Druid Cemetery and its cursed bones!

And so Jack did, he dug and dug a tomb for his beloved
On the grounds of the cemetery, wasting no more time
He was so anxious to have his beloved to him returned
So anxious to finish it quickly and then cover his crime
So he dug, the deepest she's buried the better she comes
He dug and buried her amid many others, amid other bones
He returned home to wait three days and three nights of endless time
He patiently waited three days and nights, as the legend was known

The Ancient Druid Cemetery and its cursed bones!

Three days and nights have passed, he'll finally remeet Eleonor
It was late night, darkness hours, when someone knocked his door
“Must be Eleonor”, he demands, “Eleonor has returned from her death!”
He opens the door hoping to see Eleonor and revive the first day they've met
Eleonor was standing at his door: but she had no colour, no blood, no breath!
Shocked by the presence, he didn't notice when she got in on her zombie steps
And she seated in the only chair in the room, her dead eyes looking to nowhere
He said, “Eleonor, you're back! Breath, my love, you need some fresh air!”
But breathless Eleonor seated on the chair, staring who knows what, who'd dare.
Suddenly she broke the silence with a grotesque sound, not a voice, but a blare,
She said: “I'm waiting you to come”, then starring at him, “I'll wait for you in this chair”
And there she seats, day after day, night after night, waiting the day Jack would die,
So she will put his corpse in a bag and walk with it, singing a known wicked moan,

to The Ancient Druid Cemetery and its cursed bones!
Posted by Eduardo Miranda at 3:22 p.m. No comments:

A Gostosa do Jaleco 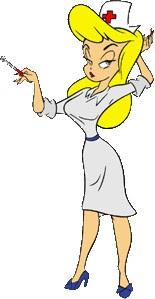